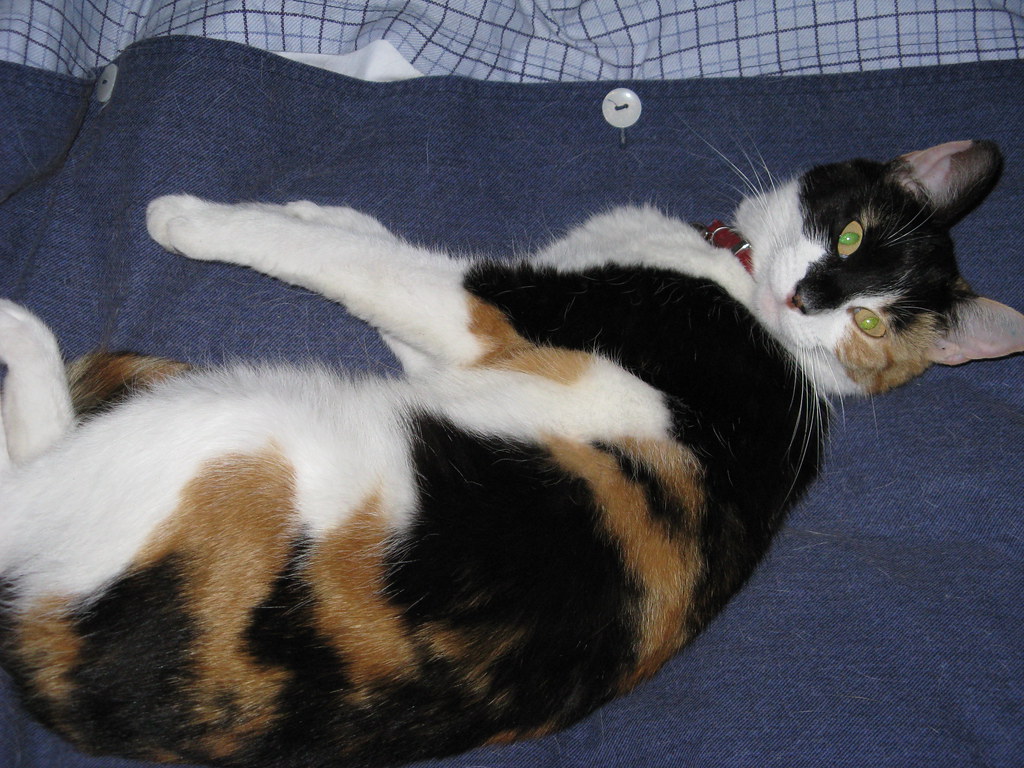 Thirteen years ago, I was walking along Plenty Road in Bundoora and found a stray kitten mewing. I picked her up and scratched her behind the ears, which she enjoyed… and then she clambered up my arm and shoulder, and put her front paws on my head to get a good view of the traffic - much to the amusement of passing motorists, I’m sure.

While it’s probably houses everywhere now, back then this block was empty of everything but weeds. She’d almost certainly been dumped there - it was too far from anyone’s home - and she was no more than a few months old. I certainly wasn’t going to leave her there alone in the dark, so home she came with me on the 86 tram, nestled within my jacket.

I reported her to the local Bundoora vet just in case, but they’d had no reports of any missing cats matching her description. She was now mine - as much as a cat truly belongs to anyone anyway, and so I named her Rogue. My family were never so keen on that name - for years afterwards they preferred to call her Snaggles (after the cartoon character Snagglepuss). 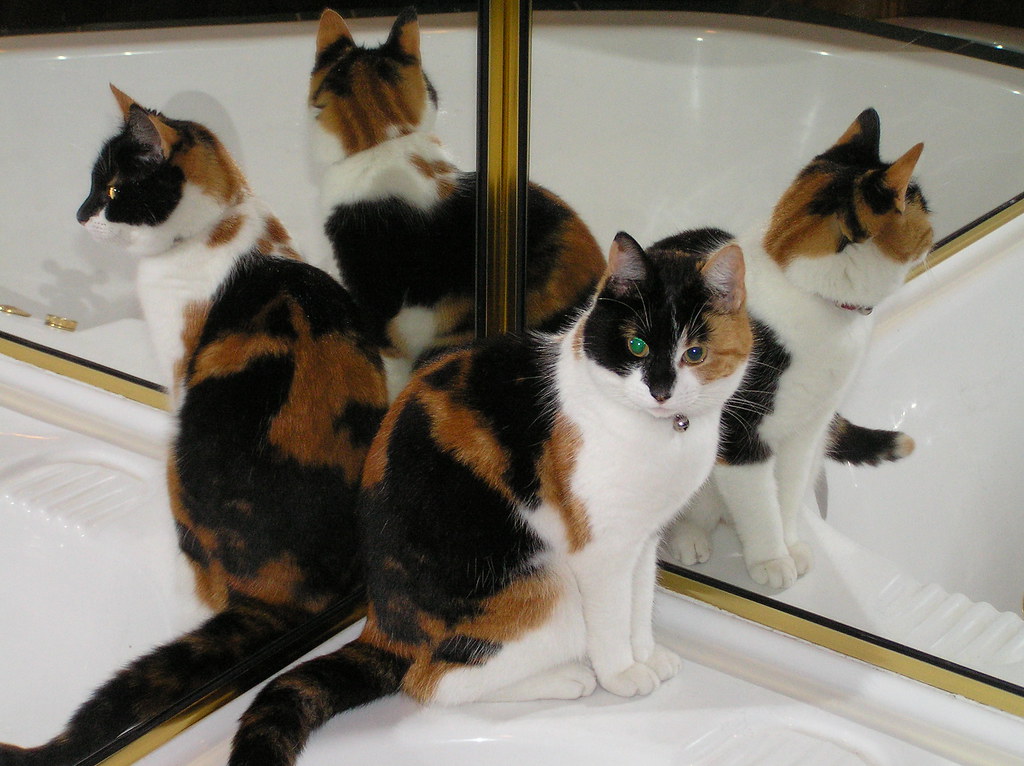 The family cat Nat, however, did not take to the arrival of this young upstart quite so well - we got into the habit of knowing which half of the house each cat was in, and keeping them apart as much as possible. That pain was shortlived, though: I was about to shift into the world of sharehouses, and so Rogue joined me on that journey - sometimes with the landlord’s permission, sometimes not.

I have clear memories of sitting by my desk in that first sharehouse, bouncing a scrunched up aluminium foil ball off the walls and down the hallway. Rogue would race after it, and more often than not bring it back - almost like a dog. When we moved out of that house, we found many of those foil balls underneath the couches.

Affection from Rogue was always on her own terms - but if she warmed to you, you might be lucky enough to have her curl up on your lap. 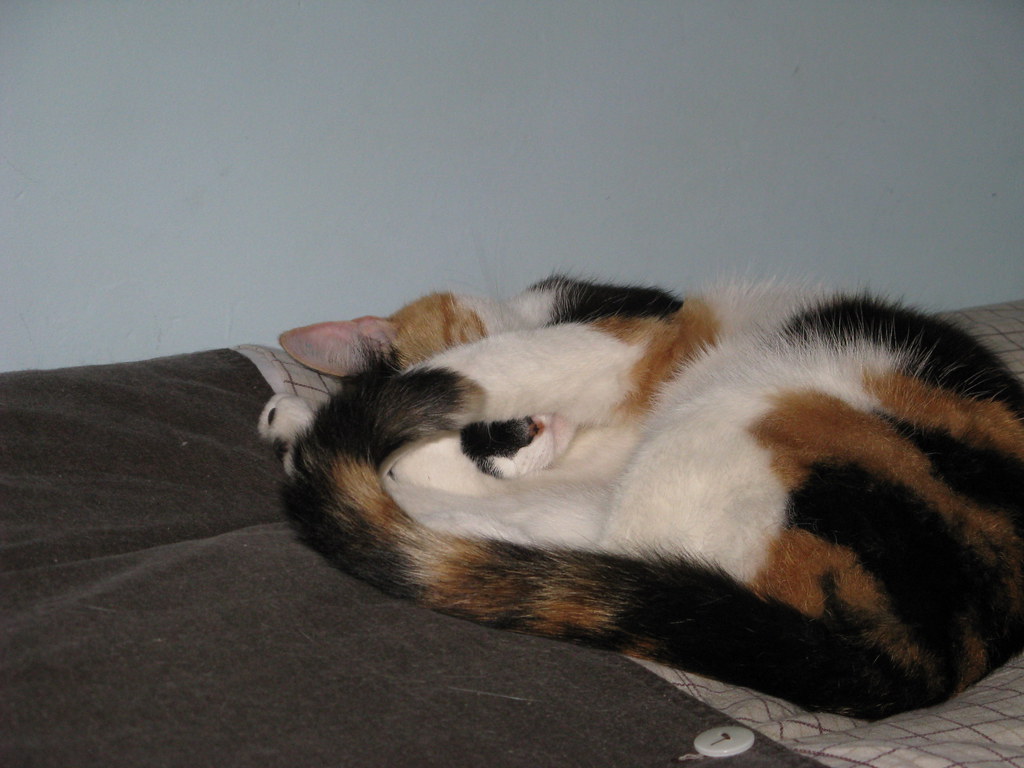 After several years of sharehouses, I started spending many months at a time overseas. Paying rent at the same time as travelling was hurting my bank account, so I shifted my things back to my parents’ place, and jumped on another plane. Rogue stayed with my most recent housemates, and then eventually was taken in by former housemates and dear friends, Jess & Charlie, and she became theirs.

I visited occasionally - though certainly not often enough! - and I like to think Rogue remembered me. At the very least, she still allowed me to pick her up for a while for more scratches behind the ears.

In the last few years, Rogue developed hyperthyroidism, and so Jess & Charlie began giving her medication to help her deal with that. It was an ongoing battle - she was never a big cat, but Rogue was now struggling to keep her weight up. A visit to the vet today, though, came with the sudden news that her suffering was now too great. Jess & Charlie gave Rogue her favourite foods and a lot of cuddles, and held her close in her last moments. 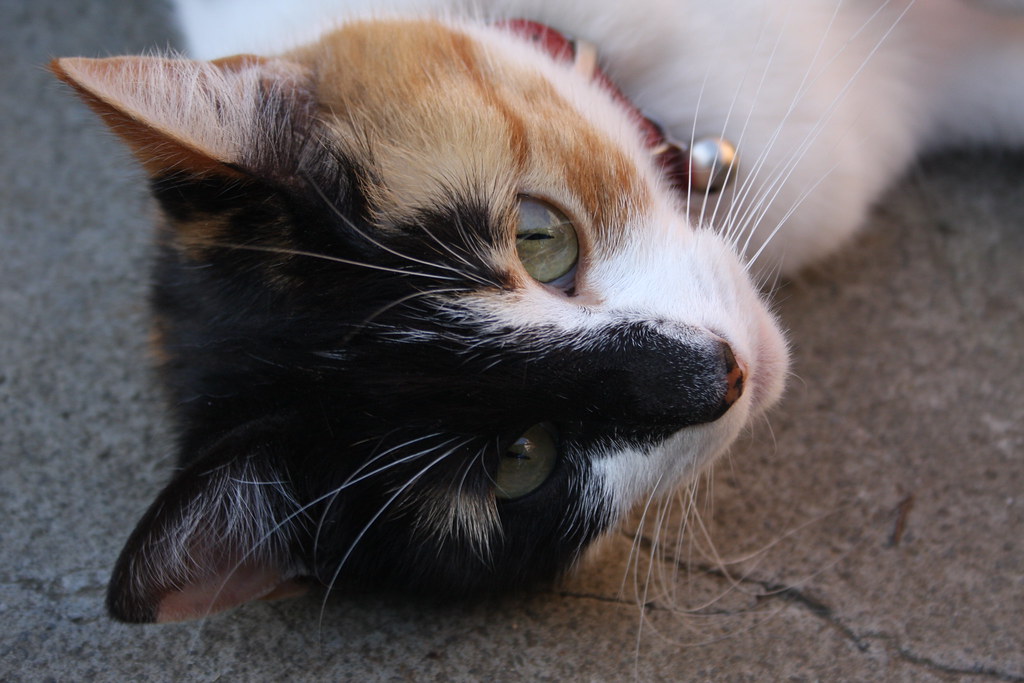 Prior to this: Re-creating Communities

More recently: Listening to My Country