In many ways, I struggle to enjoy Christmas. The way it gets everywhere is more than a little grating - mind you, it doesn’t help that I live in the centre of Melbourne and have Christmas buskers (some good, some not) outside my window every day of December. I can only imagine the patience required by anyone working in retail - not only having to put up with all the Christmas music, but also demanding and impatient customers.

Of course, there are other frustrating elements - the crowds, the extra-busy calendar, the commercialism - but it’s the incessant carols that I probably struggle with the most.

Which is a little odd, because I love music so much: it can lift my spirits, it can give me energy, it can move me to tears. It is food for my soul. Or, as Matt Wicking simply said at the recent Purpose conference: music is magic.

I was very lucky to grow up with a great and varied musical education. I played a few instruments whilst at school (first piano, then percussion, then clarinet/bass clarinet/tenor saxophone), and my dad’s music collection and passion for sharing songs from it provided a solid grounding in both new and old classics.

My youngest brother and I have ended up with very similar tastes in music - which means we regularly introduce each other to new artists and also often attend gigs together. We discovered Jupiter One when they supported Regina Spektor on her Australian tour back in 2010, and our interest followed on to lead singer K Ishibashi’s next musical project where he’s known as Kishi Bashi. 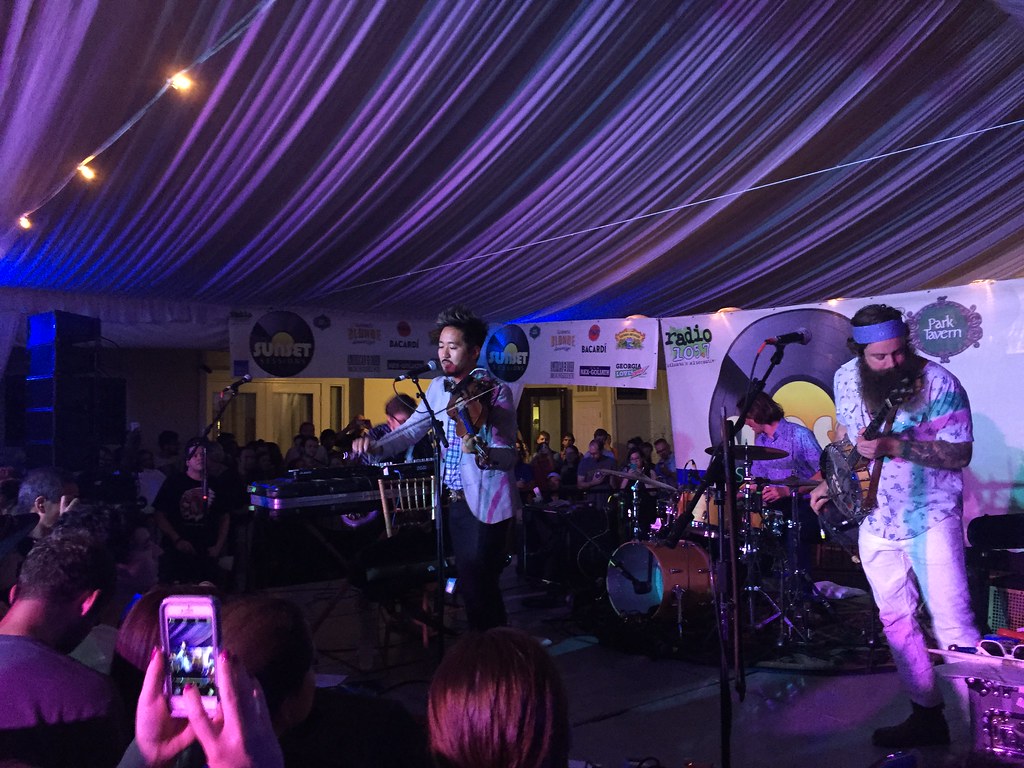 I’ve been playing Kishi Bashi’s gorgeous String Quartet Live! album a lot over the last few months. One of the highlights is I Am the Antichrist to You (iTunes, Spotify) - it’s a stunning rendition in and of itself, but I especially love that once it wraps up, the crowd is silent, soaking up what they’ve just witnessed before applauding wildly. The specialness of the moment is recognised by Kishi Bashi: “This is incredible, you guys are really, really, really listening.”

While I was in the US last year, I deliberately swung by Atlanta just to see Kishi Bashi perform - and it was a superb gig, as well as being a perfect way to wrap up an amazing birthday week. However, my favourite concert of 2015 - perhaps surprisingly - is all about Christmas…

Casey Bennetto’s yearly Swingin’ Bella Christmas gigs at the Bella Union are something rather special. Casey, Geraldine Quinn and the Bella Union All-Stars perform a mixture of their own smart and witty Christmas songs, and they also perform some standard carols, albeit with fun and funny twists. This description doesn’t come anywhere close to capturing the riotous fun of the event, but trust me, these concerts are the best thing about Christmas.

Each gig has their own special guests, and this evening it was the three wise men of the musical comedy group Tripod, plus singer/actor/TV host Eddie Perfect, who all added their own delightful tunes to the night.

Just before the break, Casey announced the final song of the first half would be the Australian rock classic (with an appropriate Christmas theme) How to Make Gravy by Paul Kelly. For those who aren’t familiar with Paul Kelly, he’s an iconic Australian musician - perhaps the local equivalent to Bruce Springsteen.

That context should help to explain why it was such a special surprise that instead of Casey singing the song, Paul Kelly himself appeared for the performance!

I thought A Swingin’ Bella Christmas couldn’t get any better. I was wrong. @paulkelly just sung How to Make Gravy ️ pic.twitter.com/0tmy3KivAD

A high bar was set in the first half of the gig, but things got even better after the intermission - all performers returned for more songs, and the added audience participation for the classic carols increased the fun. Then, to bring the evening to a close, Tripod, Eddie Perfect, and Paul Kelly combined to sing Meet Me in the Middle of the Air a cappella - a song originally by Paul Kelly, but also regularly performed by Tripod and Perfect. Much like the aforementioned performance of I Am the Antichrist to You, the room fell silent to immerse themselves in the beauty of the moment.

The best moment of the night. Paul Kelly was an arms length away but I had to close my eyes & let it wash over me https://t.co/Ugz918TvYd

Even if I had attended this gig alone, it would have been a brilliant night. However, I was lucky enough to have several dear friends join me. None had attended A Swingin’ Bella Christmas before, and all adored the evening - which made the experience all the more magnificent. A perfect, magical final gig for the year.

Prior to this: German Lessons